If there is any squid you need to recognize it is the Humboldt squid. They are very aggressive as this professional scuba diver finds out.

Humboldt squid are also known as jumbo squid, but they only grow to about 7 feet long and weigh 100 pounds. They also have a relatively short life span of about 1 year. 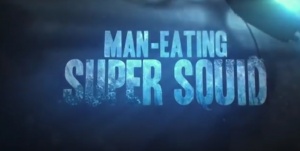 Humboldt squid live in deep waters and search for food near the surface during the evening. Humboldt live in groups called shoals that can have up to around 1200 squid. 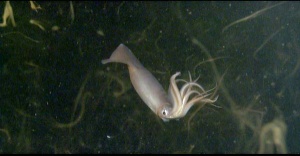 These squid are known to be very aggressive towards their prey which is typically krill and small fish found near the surface. However, when food is scarce they do exhibit a unique form of cannibalism where they will eat other squid in their own shoal.  What do you think they might do to a scuba diver?

This scuba diver finds out the hard way.  On his first scuba expedition with Humboldts  this scuba diver  was viciously attacked and mauled by them. Amazingly he was able to capture his scuba episode in the video on the next page referred to below.

Watch the video of this viscous attack by Humboldt squid on a scuba diver.  Amazingly , he was able to capture the event on video.

Read on for more about Scuba Diving With Humboldt Squid.

“While many experts agree that the Humboldt squid is not a threat to humans, others disagree. There have been some reports around the Sea of Cortez of divers and fishermen being attacked. It is believed this is due to an aggressive search for food though and not the urge to kill.”