Cave divers are without a doubt a special class of divers, but what draws divers to cave diving?

According to Phil Short, a professional diver with over 20 years under his belt, cave diving is the last frontier that requires human beings for exploration.  In other words, you can not simply use technology to preview and plan your excursion. 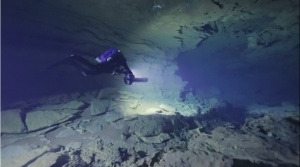 As he explains in the video referenced below, he is drawn to experiencing the unknown for the first time. AS he puts it
“When you get to the end of the line in a cave, tie your line to that line and swim around the corner, you’re the first human being there. It’s true exploration..”  He says it is the last field left where a human being with a sensible budget can still be an explorer. 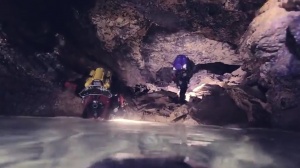 Phil has spent thousands of hours exploring caves, both dry and those with water filled passages as well.