It is rare, but the following post chronicles a story about how an injured shark sought out a group of divers for help.

The divers at Stuart Cove’s take scuba divers on daily controlled shark diving expeditions in the Bahamas.  On one of their trips out they noticed a particular shark that was in extreme duress due to a large line around her body.  Unfortunately they were unable to assist the shark on this dive.  However, on a subsequent dive they were prepared with a knife to assist.  Miraculously, the shark appeared and approached them in a subdued manner and positioned herself such that they were able to remove the rope. 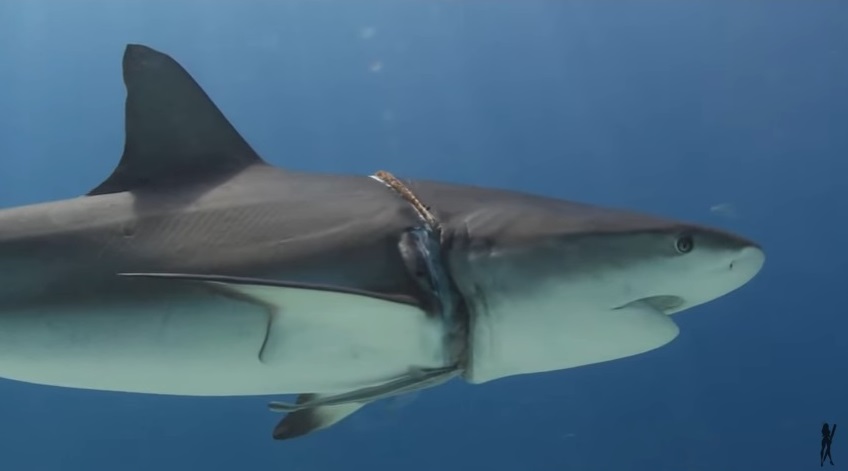 The rope was impaling into the shark’s gills…. Not a good thing. 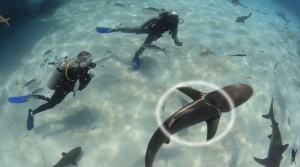 Watch the following video for more details as well as to see how this encounter played out.