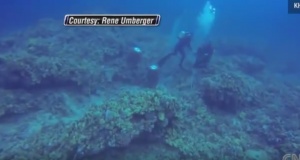 As she encountered them one of the divers swam rapidly over to her and removed her regulator.  Fortunately Umberger is a very experienced diver with over 10k dives.  She says that any other less experienced diver would have panicked and most likely not survived. 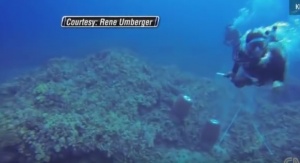 Umberger has identified the suspects and is seeking to have them arrested and charged with attempted murder.

See Next Page Below for  a full video report of this horrifying incident.