This stunning video by Shark Addicts captures amazing moments in HD of  shark and diver interactions off of Bonaire.

Sharks are amazing and in truth they are generally not a threat to divers. That being said, however doesn’t mean that there are conditions and situations where this is not the case. Sharks are wild animals and as such, their behavior can be unpredictable. 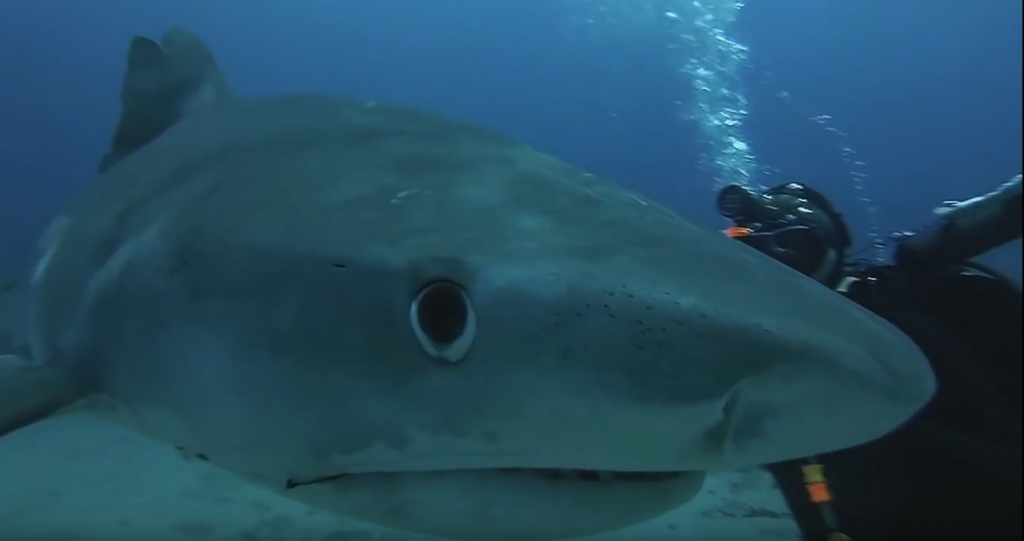 Shark feeding is a somewhat questionable technique as it relates to ecotourism.  However,  it is used to lure sharks in for observation.  Naturally, it goes without saying, that shark feeding should only be practiced by experts. 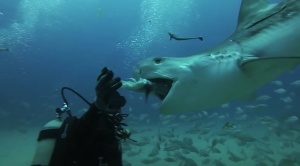 In the videos referenced below you can see first-hand the experts at it, interacting with four different tiger sharks.  They explain their shark conservation efforts as well as the importance of educating the public about sharks.

Get the story behind shark diving with Shark Addicts out of Jupiter Florida in the following video.

Watch the following video of Kenean Harkin’s  first freediving experience with the Shark Addicts in Jupiter Florida. It will give you an idea of what is involved in making your first shark dive.

Watch Shark Addicts playfully interacting with tiger sharks in the video below.