Diving disasters, although rare, can quickly occur out of the blue.

The video referenced below is an illustration of how quickly a diving disaster can develop.  On this particular dive, which was their deep advanced dive off Millers Point SA, everything seemed to go wrong almost immediately. 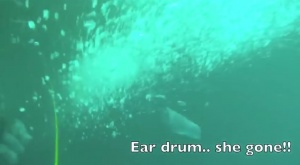 It begins with an instructor who busted an eardrum and shortly thereafter one of the divers goes into a panic and it really goes down hill from there.. 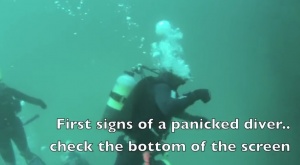 After watching this video a few times I began to notice a few weird occurrences such as the prevalence of what is called a dogie-paddle swimming technique throughout much of the video.  I also noticed that the divers appeared to be wearing an excessive amount of weights which could have possibly precipitated the entire event.

Watch this video clip below and share any observations you may have with us.

Sometimes… you just got to know its time to call the dive.