Most folks are not fully aware of the devastating impact invasive lionfish can have on a reef.

Lionfish are voracious feeders and prolific breeders with no known predators in the Atlantic and Caribbean seas.  A female lionfish can releases as many as 30,000 eggs every four days into ocean currents that spread them over vast distances. They have stomachs that can expand up to 30x their normal volume and they been found to consume about 70 species of smaller fish.

The Simple Way to Stop Lionfish From Destroying Our Ecosystem

This aggressive fish is wreaking havoc on our ecosystems, but there's a simple way to stop them.

“they’re eating juveniles of the fish that would become commercially available. So, why are people not yet saying, ‘There’s no more grouper. There’s no more snapper’? Well, it might be the juveniles of those species have not reached adulthood—and won’t, because they’re being eaten by lionfish. So if lionfish are eating a lot of juveniles of snapper, grouper, there’s all of a sudden going to be a collapse at the level of species entering the adult phase. That will eventually show up as no more snapper-grouper.”
Read more here at Smithsonianmag.com

… the only way to control the lionfish invasion in this hemisphere will be to create a market large enough to turn them into a national cash fish.
Read more here at Smithsonianmag.com

Thus far, the only viable method of controlling lionfish is to  is to catch them (they must be caught/speared 1 at a time) and then consume them because they taste great. If we build enough consumer demand, as we have done with other species, it becomes more economical to fish them and thereby control their population growth. .. Lionfish Taste Great ..So Spread the Word 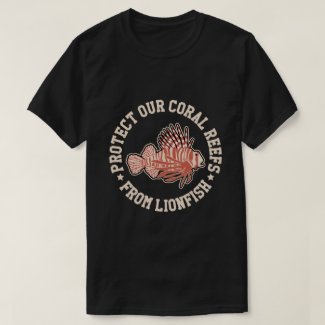 Learn more about the lionfish problem on lionfish.co