Jacques Cousteau, a formidable explorer, was famous for introducing the masses to the splendor of the underwater world.

He is often referred to as the father of scuba diving with many innovative contributions to modern scuba diving technology.

The following piece put together by ScubaDiver Life highlights Cousteau’s favorite dive spots from around the world.  You may want to consider adding a few to your scuba diving bucket-list. 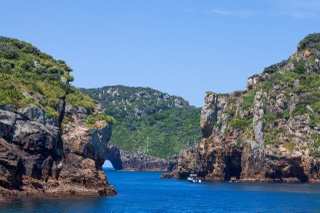 [Jacques Cousteau](http://scubadiverlife.com/2015/04/24/legends-of-scuba-diving-jacques-yves-cousteau/), often referred to as the father of scuba diving, spent a lifetime exploring the underwater world, and although his scuba career isn’t without controversy, he was an undeniable trailblazer. Many of the places Cousteau loved most have since become popular dive sites, ranking high on many a bucket list. Here are Cousteau’s very own top 10 favorite dive sites (in no particular order).** **