The Blue Hole is one of the most intriguing places for scuba divers of all levels.

The Mysterious Belize Blue Hole is basically a large hole in the ocean floor off the coast of Belize.  It is a circular hole of about 1000 feet wide (300 meters) wide and has a depth of about  410 feet (125 meters). 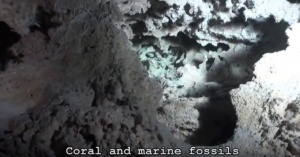 About 20,000 years ago, what is now the cave entrance was dry land when the sea level was about 400-500 feet below where it is now. It was a limestone cave system during that period.

At the end of the last glacial period when the glaciers receded, the oceans began to rise and the caves flooded. Eventually the roof of the cave collapsed  which formed what we now call the Blue Hole. 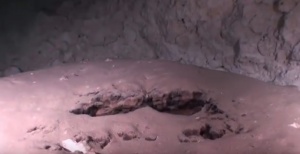 The hole is an opening to a massive underwater cave system. It is believed that some if of its tunnels extend through an underwater mountain system to as far as the mainland.

Technical Scuba Diver, Ramon Llaneza, videos his exploration of  the bottom of the Blue Hole to a depth of 375 feet.

See his amazing video  below.