Diver experiences what’s called every diver’s nightmare of being trapped in an underwater cave’s air pocket.

He and his dive buddy Guillem Mascaro  were exploring Sa Piqueta, a cave with numerous chambers about 1km from its entrance.  It took them about an hour of swimming to reach there. 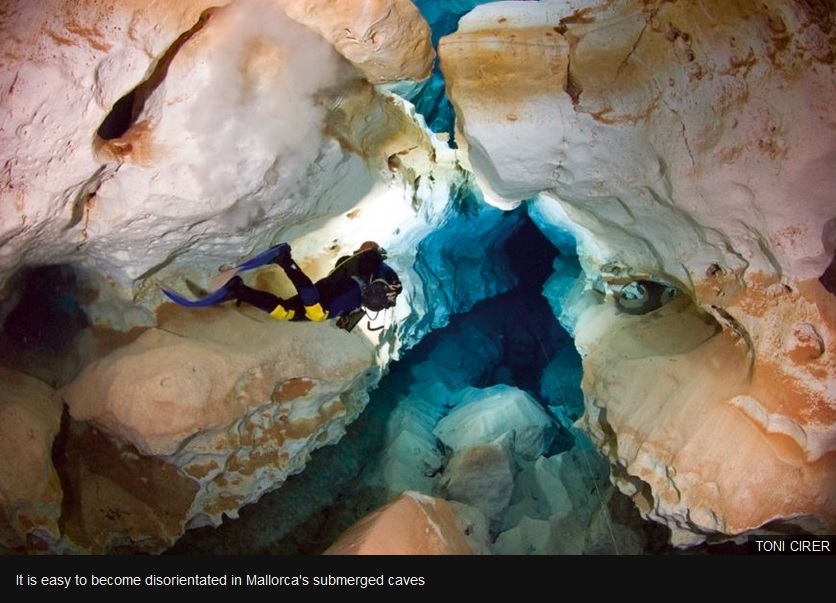 Everything went ok with the dive as planned until they began to make their return trip to the surface.

On their return trip to the surface they encountered a confluence of events that resulted in this ordeal and put them in great danger.  It was by chance that they mistakenly stirred silt from the bottom of the cave resulting in the loss of visibility.

This loss of visibility resulted in difficulty to see or even find their guideline for the return trip home. So they spend precious oxygen looking for their guideline by touch for about an hour. They eventually realized that it had either broken or slipped.

Read on for more of the story below:

Luckily, Gràcia remembered that other divers had talked of an air pocket in a chamber nearby. He tugged Mascaró to it, and there they talked through their options.

Both knew they only had enough air for one of them to make it out.

“We decided I would stay and Guillem would go for help. He was skinnier than me and needed less air for breathing. I was also more experienced at breathing cave air, which has higher carbon dioxide levels,” Gràcia says.

They planned an alternative, longer route out on a map. Mascaró would have to travel along some of it without a guideline and could potentially get lost.

“It would have been like trying to drive a car in a very foggy night,” Gràcia says.

“Guillem was reluctant to leave me on my own but we knew it was our only chance.”